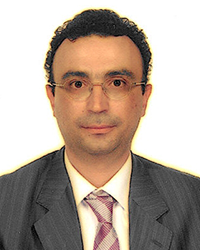 A. Barış Özel obtained his Bachelor’s Degree in Business Administration from the Middle East Technical University (METU) in 1990. From 1990 to 2002, Mr. Özel worked in several management consultancy projects to develop and adapt financial systems in companies such as Andersen Consulting, Assist Consulting, Arthur Andersen Consulting and Siemens Business Services. He later joined Aviva Life and Pensions Inc. where he worked as the Budget and Reporting Manager, Financial Affairs Group Manager, and Business Development Group Manager in the Finance Department between 2002 and 2008. From 2009 to 2011, Mr. Özel assumed managerial positions in the Finance departments of Acıbadem Insurance and Silk and Cashmere. In 2011, he joined Özyeğin University as the Budget, Reporting and Control Manager. He worked as Finance Director between the dates September 1st 2016 and October 31st 2020. He has been appointed General Secretary on November 1st, 2020.