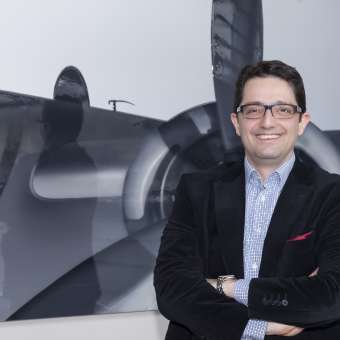 After his high school education in “İstanbul Alman Lisesi” in Turkey, Caglar Ucler graduated the Technical University of Munich (TUM) with a combined degree of “Diplom Ingenieur” in Mechanical & Aerospace Engineering. During his study he worked as a research fellow in DASA Military Aircraft and TUM. Afterwards he joined CASE-M in Munich, where he took part in simulation projects related to Ariane Rockets. After coming back to Turkey, he has finished several CAE and engineering consulting projects in Aerospace & Defense, Automotive and Energy sectors, including but not limited to projects in FIGES, Aselsan, TAF, STM, TEI, Rolls Royce Marine, Blue Origin, Mercedes Benz Turk, Ford, Cummins Engine and UZEL. He has been the former Deputy General Manager of FIGES, where he also facilitated consulting & training in SASAD and TAYSAD member companies. During his work in FIGES he made his dissertation in Concurrent Engineering in Engineering Management at Marmara University. Then, he joined the ARITAS Group, where he founded the German Branch and worked on the management and restructuring of the existing engineering resources. He is currently faculty member in FAAS and continues his research in production management, particularly product development, technology management and innovation management. Furthermore, he is contributing proactively to several projects in Aerospace and Defense.