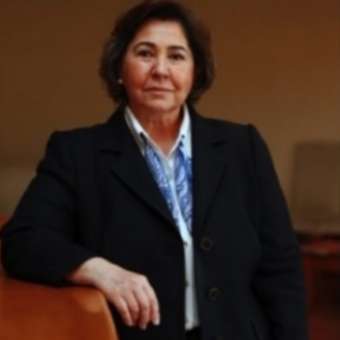 Nazan Moroğlu graduated from German High School in Istanbul, and obtained her LLB from the Faculty of Law at Istanbul University. She received her LLM in Women’s Legal Rights from Istanbul University. Her master thesis “Surname of the Woman”, the first academic study in women’s legal rights, was published in 1998.Turkey’s first legal professional in Women’s Legal Rights, Moroğlu is also founder of the Education Foundation of the Faculty of Law at Istanbul University, where she still serves as a board member, and the German High School Culture and Education Foundation (ALKEV). She is the founding member of the European Women Lawyers Association (EWLA) and the founding president of the Women's Law Commission of the Union of Turkish Bar Associations (TÜBAKKOM). She was elected as member of the Board of Directors at Istanbul Bar Association for the 2004-2006 term.  She was also a delegate of the Union of Turkish Bar Associations from 2014 through 2018. Since 2004, she has been serving as Coordinator of the Union of Istanbul Women’s Organizations (İKKB). She served as Chair of the Association for Turkish Women University Graduates from 2010 to 2014. She was a member and the chair of the Board of Directors at the Women’s Rights Commission of the Istanbul Bar Association, Women’s Studies Association, Turkish Women Lawyers Association, and the Women’s Assembly of Beşiktaş City Council. She served as legal advisor for the project “Stop Domestic Violence” jointly launched by the Hürriyet newspaper and the Governorship of Istanbul. Nazan Moroğlu, currently Vice President of the Istanbul Bar Association (for the term 2018-2020), is also a member of the Preparatory Committee for Republic Meetings, a member of the Board of Directors at the Turkish Family Health and Planning Foundation, a member of Steering Board at the Secular and Scientific Education Platform (LABEP), spokesperson for the Istanbul Constitution Platform, a member of the TÜSİAD Women-Men Equality Working Group and the TÜSİAD Education Working Group, Chair of the Preschool Education Sub-Working Group, a member of the Advisory Board at the Nazim Hikmet Foundation, Advisor to the President of the Atatürkist Thought Association, a member of the Supreme Board of the Turkish Press Council, a member of the KAGİDER Advisory Board, and a member of the Advisory Board at YANINDAYIZ Association.