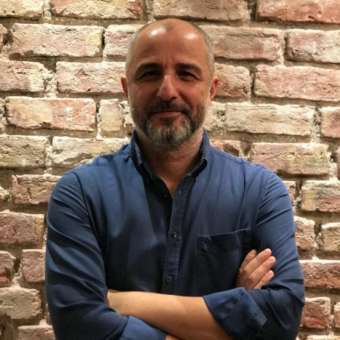 Serkan Özgün obtained his B.A. in 1998, and M.A. in Psychology in 2002 with his dissertation titled “Communication Effectiveness and Express of Emotion in Families with Children Diagnosed with Schizophrenia” from İstanbul University. Following the 17th August Earthquake, he started to work as a volunteer at the Turkish Psychological Association (TPD) as a therapist at the earthquake area. After receiving Master's degree, he had stayed in New York for two years and completed two postgraduate programs in the fields of trauma (ITSP, NYU) and family therapy (Ackerman Institute, NYU) before he came back to Turkey. He received his Ph.D. with his thesis study titled “The Predictors of the Traumatic Effect of Extramarital Infidelity on Married Women” from Middle East Technical University in 2010. Following his doctorate, he gave lectures in the fields of trauma and family psychology at universities. Between 2012 and 2016, he took a part in Trauma Masters Program at Okan University. Serkan Özgün started to work as a psychotherapist at Davranış Bilimleri Enstitüsü (DBE) in 2004 and continued at İNDA Solution Focus Consultancy and Training Center, where he was one of the founders. Currently, he keeps working as a therapist at Bude Psychotherapy Center, where he is the founder and he continues to work focusing on disaster and field studies within TPD.