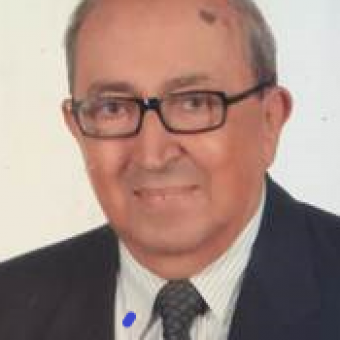 Professor Dr. Mehmet Yasar Gurbuz was born on 25 October 1929 in Malatya. He completed his primary and secondary education in Tekirdağ and later graduated from Istanbul Highschool. He graduated from Istanbul University Faculty of Law in 1952. In 1956, he received his Ph.D. from Bordeaux University, Faculty of Law. In the same year, he was appointed as a research assistant to Istanbul University Faculty of Law at the department of Public International Law. He left the faculty for military service in 1961 and served as a lieutenant in the Directorate of the Ministry of National Defense Directorate for Laws until 1963. In the same year, he started to work as a lecturer at Middle East Technical University, Faculty of Economics and Administrative Sciences where he lectured on Introduction to Turkish Law, Middle East Politics, Developing Countries and African Regimes. From 1964 to 1965, he served as the Head of the Public Administration Department of the same faculty. In 1966, he was appointed as Associate Professor in the Faculty of Political Science at Ankara University. He served in this position until 1971. Between 1966-1968, he served as the Legal Counsel of the United Nations High Commissioner for Refugees in Geneva. In 1968, he returned to METU Faculty of Economics and Administrative Sciences as Dean of this department. He served in this position until 1971. In 1971, he served as the Legal Counsel of the International Labor Organization in Geneva.

From 1972 to 1974, he was appointed as Professor at the Faculty of Law at the University of Algeria where he lectured International Law, Constitutional Law, and Administrative Law. In 1974, he was appointed as a lecturer to the Istanbul Academy of Economics and Commercial Sciences. He was a faculty member at the National School of Public Administration in Rabat, Morocco. In 1986, he obtained the title of Professor from Marmara University. Until 1996, he was the founding chairman Strategic Research Center at Marmara University, and the head of Faculty of Economics and Administrative Sciences, Department of Public Administration (French). In the meantime, from 1988 to 1996 he lectured at the following French Universities Law Faculties as visiting scholar: University of Bordeaux, University of Rennes, University of Toulon, University of Nice, University of Lyon, University of Aix-en Provence and University of Toulouse. From 1990 to 2005, he served as the Legal Counsel of the President of the TRNC (Turkish Republic of Northern Cyprus) Rauf Denktaş. Between 1990 and 1995, he was a member of the Presidency of the Cyprus Lefke University Board of Directors. He was appointed as Dean of the Faculty of Law in Yeditepe University in 1996, a position he held until May 2002. He also worked as the Head of International Relations Department between 1996-2000 and as the Head of the Department of Political Science and International Relations (French) at Yeditepe University between 2002-2011. In the meantime, he lectured International Law I,II and International Maritime Law in English at Yeditepe University Faculty of Law. Since 2003, he has been giving lectures at the Graduate School of Strategic Studies Institute of Military Academies (which is now National Defence University) at the master and PhD level. Between 2001-2002, he served as a Board Member at Petrochemistry Holding Company (PETKİM). He is a member of Mediterranean Center for Strategic Observation and American Political Science Association. Prof. Yaşar Gürbüz is also among the referees of International Chamber of Commerce (ICC). He speaks English, French and Spanish fluently.