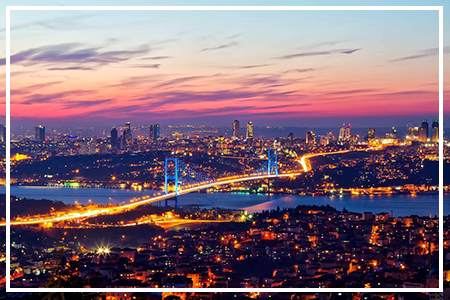 Istanbul has been called many names throughout its long, riveting history - “The Great City”, “City of Emperors”, “Capital of the Romans”, “Gate of Felicity”, “Sublime Porte” - and now we are offering you a chance to add one more- an emerging study destination for a nearby region.

There could be no better “university town”, with its vibrant arts community, diverse population, and extensive public transportation. Turkey is a country whose people are known for their hospitality – the people of Istanbul will welcome you and help make you feel right at home.

Today, from the depths of this historical Istanbul, a new, modern, dynamic Istanbul has been born. Alongside ancient minarets and Roman city walls have emerged shiny shopping malls, skyscrapers, and residences; integrated amongst the narrow streets and cobbled walkways are bars and nightclubs ringing out the latest music sensations and featuring the newest fashion trends. With a population of over 13, 8 million spread across two continents, it is a city that never stops evolving. Istanbul is also the financial and industrial center of the country, generating 25% of the GNP and playing a significant role in regional trade and cross-border relations. As the export and import gate of

Turkey, the city originates 50% of the country’s total exports; imports from Istanbul make up 43%.

Listed 34th on the list of the world’s largest city economies and home to 35 of the world’s billionaires, Istanbul is truly the city where people come to do Business. 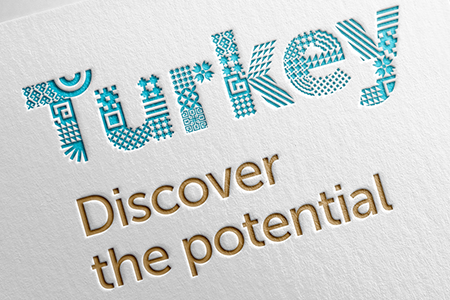 Turkey is truly a land unto its own - where a young, dynamic population lives amidst the remnants of ancient civilizations, where both natural and financial resources now flow along the time-tested routes of the Silk Road.

Travelers throughout history have long been drawn to the country’s mystique and rich cultural diversity, yet recently they have also come to take part in its economic boom.

Turkey now plays a significant role in the global economy and world trade, standing out as a promising emerging market alongside Brazil, Russia, India and China. This status is underpinned by its robust local market and young population.

According to 2013 Ernst & Young’s attractiveness survey, Turkey has great untapped potential, with its economy set to grow at least 5% each year in the medium term. Turkey’s world-class features include its strategic location at the crossroads of Europe, Asia and the Middle East, and the size of its domestic market. Historically, Turkey has been reliant on the developed economies for a significant portion of its trade and investment. However, Turkey is now looking to do more business with other parts of the world, including the Middle East, Africa and Asia. This shift in focus and capital flow will accelerate the investment and growth of Turkey.

Turkey offers another layer of opportunity by serving as a frontier to other regions. Investing in Turkey means access to markets in Eurasia, Africa and the Middle East. A four-hour flight time from Turkey encompasses 56 countries, a region with 1.5 billion people and an export potential of US$10t.

In 2012, foreign direct investment reached $12.4 billion out of which $9.3 billion represents the net capital inflow, $416 million is other capital inflows, and $2.6 billion is the real estate acquisitions and sales of non residents in Turkey.

Foreign direct investment has fueled a strong economic expansion , making it the 18th largest economy in the world (by GDP according to purchasing power parity) in 2013.