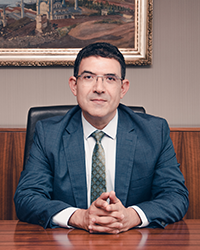 Atakan Yalçın serves as the Ozyegin University Business School Dean since June 2019. Before joining Özyeğin University Business Faculty in 2012 he was with Koc University, and has held visiting positions at Brandeis University and Boston College. Dr. Yalçın received his MBA from Cox School of Business at Southern Methodist University in 1996, and his Ph.D. in Finance from Carroll School of Management at Boston College in 2002. Dr. Yalçın has taught courses in Investment Management, Derivatives Securities and Financial Management. His research interest is in empirical asset pricing and empirical aspects of financial economics. His work has been published in such journals as the Journal of Empirical Finance, Journal of Banking and Finance, Journal of Financial Research, Quarterly Review of Economics and Finance, Journal of Marketing and the Journal of Marketing Research. Dr. Yalçın is a member of the American Finance Association, Western Finance Association, Financial Management Association and the CFA Institute. 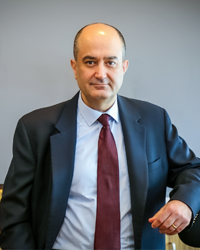 Prof. H. Fatih Uğurdağ, a former veteran of Silicon Valley, received his PhD in 1995 in the USA from Case Western Reserve University (CWRU) in Electrical Engineering & Applied Physics. He received a BS in Electrical & Electronics Engineering (EEE) as well as a BS in Physics from Boğaziçi University in 1986. He went to CWRU as a teaching assistant and did an MS thesis on machine vision (finished in 1989) and a PhD dissertation on computer architecture and chip design automation. He worked in the industry in the USA between 1989-2004 at companies such as GE, GM, Lucent, Juniper, and Nvidia as a full-time machine vision engineer, EDA software developer, and chip designer. He was a consultant at Vestel Vestek Pixellence R&D group between 2007-2017. He has been the Chair of IEEE Türkiye Section since 2020, a professional organization with 400,000 members worldwide and 2,000 in Türkiye. Dr. Uğurdağ has been working at Özyeğin University EEE Dept. since 2010. As of March 2022, he took up the positions of Faculty of Engineering, Dean and Director Graduate School of Science. His research interests span the areas of ASIC/SoC/FPGA design, real-time embedded systems, machine vision, electric vehicles, and high frequency trading. 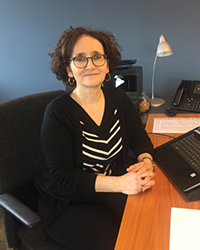 H. Canan Sümer graduated from Middle East Technical University in 1980 with a B.S. Degree in Psychology and received her Master’s Degree in Clinical Psychology from the same university in 1988. She received her Master’s degree from University of New Haven in 1991 and her Ph.D. from Kansas State University in 1996 in the area of Industrial and Organizational Psychology. Between 1996 and 2019 she worked as a Faculty Member in the Department of Psychology, Middle East Technical University and served as the Chair of the Department from 2017 to 2019. Her research interests include development of personnel selection tests and techniques, personality assessment, performance management and culture, workplace mistreatment, and leadership and gender issues at work. Dr. Sümer is on the editorial board of a number of national and international journals in her field. She is a member of the Turkish Psychological Association and Society for Industrial and Organizational Psychology, and has represented Turkey in EFPA’s Assessment Board. She has led a number of large scale projects on military personnel selection and performance management, and was an active member of NATO- HFM Panel’s Task Group on Military Recruitment and Retention. More recently she was involved in a project sponsored by the Scientific and Technological Council of Turkey (TÜBİTAK) in which a computerized selection system along with an assessment center was developed to be used in the selection of blue-collar and white-collar employees. She is among the inventors of five national and two international patented inventions that came out of this project. Dr. Sümer, who has national and international publications on personnel selection, personality assessment, performance management, military retention, and gender role stereotypes topics, is currently the lead researcher in a TUBİTAK project titled “Workplace Mistreatment from Incivility to Harassment: Outcomes and Intervention Methods from a Cultural Perspective.” 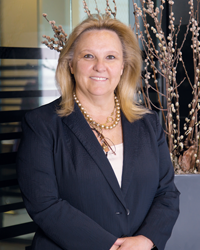 Dr. Gençtürk was the recipient of the University of Minnesota annual doctoral dissertation fellowship for 1986-1987, and was a fellow at the 1986 American Marketing Association Doctoral Consortium. She was also the co-recipient of the 1987 Robert Lieberman Memorial Award for teaching excellence at the University of Minnesota. At the University of Texas, Dr. Gençtürk was a finalist in the 1990 Business Council Texas Excellence Teaching Award, and was nominated for several teaching awards including the Friar Centennial Teaching Fellowship (Spring 1991, Spring 1990), College of Business Administration Foundation Teaching Award (Spring 1992, Spring 1991) as well as the Hank and Mary Harkins Foundation Award for Effective Teaching in Large Classes (Spring 1990, Spring 1993). Dr. Gençtürk has taught International Marketing, Marketing Research, and Marketing Strategy at both the undergraduate and graduate levels as well as at Executive MBA and Executive Training programs. 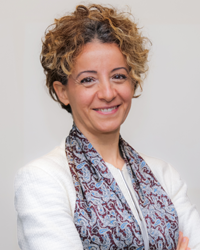 Prof. Dr. Özlem Yenerer Çakmut started her undergraduate education at Istanbul University Faculty of Law in 1988 and completed it in 1992. She completed her Master's Degree, which she started at Marmara University, Institute of Social Sciences, Department of Public Law, by successfully presenting her thesis titled "Search in Criminal Procedure Law and Immunity of Housing". Afterwards, she earned the right to do her doctorate in Marmara University Social Sciences Institute Public Law Department, and in this process, she completed her doctoral thesis named "Examination of Consent to Medical Intervention in terms of Criminal Law", during which she did research in Germany (Freiburg in Brs. and Cologne). In 1994, she started to work as a Research Assistant at Marmara University, Faculty of Law, Department of Criminal and Criminal Procedure Law; she was appointed as Assistant Professor in 2003. She completed her associate professorship work on "Determination of Pedigree and the Crime of Changing the Child's Pedigree" and passed the Associate Professorship Colloquium, which she entered in 2009, unanimously, and received the title of Associate Professor. She became a Professor in 2014 with her Professorship titled "Disturbing the Peace and Tranquillity of People and Noise Crimes". Prof. Çakmut has published works and presentations in her field. She has been working at Özyeğin University Faculty of Law since 2012. As of February 2022, she took up the position of Acting Dean. 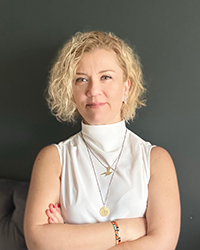 Prof. Dr. Aslıhan Ünlü graduated from Istanbul Technical University (ITU) with a Bachelor’s degree in Architecture in 1986 and completed her Master’s and PhD degrees from the same institution. She continued her academic career at ITU between 1988-2020 where she received “Full Professorship” in 2014. Dr. Ünlü completed her postdoc research project titled “Energy and Visual Performance Appraisal of Electrochromic Windows Integrated with Overhangs in Different Climates” at Lawrence Berkeley National Laboratory of the University of California between 2003-2004. Being a Fulbright Fellow, she worked and taught as a Visiting Professor at Roger Williams University, School of Architecture, Art and Historic Preservation at Bristol, Rhode Island between 2012-2013. Her main research areas focus on sustainable building technologies and construction, high performance façade & window systems and her research articles have been published nationally and internationally. She has supervised several master and PhD studies. Dr. Unlu worked as the ITU coordinator of EU Erasmus Strategic Partnership Project "Re-use of modernist buildings - RMB" which was completed on September 2019. In addition, she is an editorial board member of Facade Design and Engineering (JFDE), a member of European Facade Network (EFN), a member of Turkish Chamber of Architects, Association of Architecture Education (ArchEd), National Association of Environmental Control.