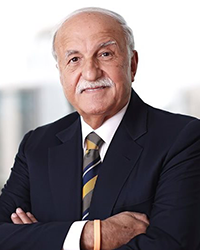 Hüsnü M. ÖZYEĞİN
Chairman of the Board of Trustees
Born in 1944. Mr.Özyeğin graduated from Robert Academy in 1963. Also, Mr. Özyeğin holds a BS degree in Civil Engineering from Oregon State University and an MBA degree from Harvard Business School. He was the General Manager of Pamukbank during 1977-1984 and General Manager and CEO of Yapı ve Kredi Bank during 1984-1987. Mr.Özyeğin founded Finansbank in 1987 and served as the Founder and Chairman of Finansbank A.Ş. between 1987 – 2010. Mr. Özyeğin still continues to serve as the Chairman of Fibabanka A.Ş. and Credit Europe Bank (Russia). Hüsnü M. Özyeğin is also the Chairman of the Board of Trustees of Özyeğin University and Member of the Board of Dean’s Advisors of Harvard Business School. 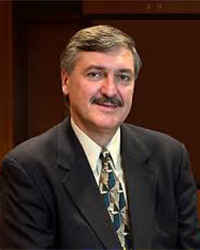 Prof. Dr. Hasan PİRKUL
Member of the Board of Trustees
Prof. Dr. Hasan Pirkul received his Bachelor’s Degree in Industrial Engineering from Bogazici University in 1977. He obtained his Master's Degree and PhD in Administrative Sciences and Computer-Information Systems, respectively, from the University of Rochester. He served as Academic Director for Information Systems at the College of Business, as a professor of Accounting and Information Systems and as Founding Director of the Center for Information Technologies at Ohio State University. He has received the “Annual Award for Outstanding Contribution to Education” from the Greater Dallas Indo-American Chamber of Commerce, the Outstanding Educator Award from the Greater Dallas Asian-American Chamber of Commerce and the Technologist of the Year Award from the Texas Technology Magazine. He served as a founding member of the Technology Business Council of the Dallas Chamber of Commerce. Since 1996, he has been serving as the Dean of the School of Management at Texas University- Dallas. 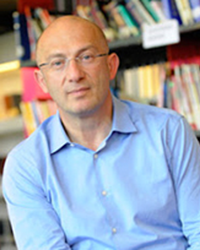 Prof. Dr. Mehmet TONER
Member of the Board of Trustees
Prof. Mehmet Toner obtained his  Bachelor’s Degree in Mechanical Engineering from Istanbul Technical University and his Master’s Degree in Mechanical Engineering from Massachusetts Institute of Technology (MIT). In 1989, he received his Ph.D. in Medical Engineering at the Harvard-MIT Division of Health Sciences and Technology. He is presently a professor of surgery at the Harvard Medical School and at the Massachusetts General Hospital, and a professor of Health Sciences and Technology at Harvard-MIT. He also serves as Director of the MGH Bio-Micro-Electro-Mechanical Systems Resource Center and as Director of the Biomedical Engineering Research and Education Program at Harvard Medical School’s teaching hospitals. In addition, he is actively involved in the management of various biotechnology firms that he has founded. 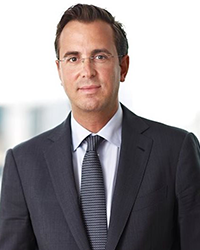 Murat ÖZYEĞİN
Member of the Board of Trustees
Murat Özyeğin graduated from Carnegie Mellon University with a double major in Industrial Management and Economics in 1998. In the same year, he started his career as a financial analyst in the New York office of the Merger and Acquisition Group of Bear Stearns & Co., a New York-based global investment bank. In 2000, he was transferred to the company’s London office as a senior analyst. He completed his MBA at Harvard Business School in 2003, and returned to Turkey to take an active role in the management of FIBA Group, founded by his father Hüsnü Özyeğin. He established the Strategic Planning and Business Development divisions at Finansbank (owned by FIBA Group until 2005) and FIBA Holding. Before assuming the role of Chairman of FIBA Group in 2019, Murat Özyeğin served as a member of the Board of Directors of Fiba Holding and Fina Holding between 2003-2019. He also serves as Vice Chairman of Credit Europe Bank, the group’s largest subsidiary in finance, and as Chairman of all non-financial subsidiaries. In addition to his responsibilities at FIBA Group companies, Murat Özyeğin also serves as Vice President of the Turkish Industrialists and Businessmen Association (TÜSİAD), President of DEIK/Turkey-The Netherlands Business Council, Vice President of Energy Efficiency Association, Honorary Consul of Singapore, Trustee of Özyeğin University, Trustee of Hüsnü M. Özyeğin Foundation, member of Harvard University Global Advisory Board, member of Endeavor Board of Directors, Trustee of WWF Turkey and member of Global Relations Forum.

Ayla GÖKSEL
Member of the Board of Trustees
Ayla Göksel obtained her Bachelor’s Degree in Economics and Politics from the University of Bath. She received her Master's Degree in Development Economics from the London School of Economics. She completed her thesis on partnerships among sectors at the John Hopkins Institute for Policy Studies with an international research scholarship and conducted studies at the Hauser Center of Harvard University as a guest researcher. She began to work with the foundation of ACEV (Mother and Child Education Foundation) in 1993. She currently serves as Vice Chairman of ACEV. She is also Managing Director of Husnu M. Özyeğin Foundation,   Executive Board Member of the TOHUM Foundation, and   Executive Board Member of the Education Reform Initiative. She was selected a “Young Global Leader” and a “Senior Fellow” by the World Economic Forum and Synergos Institute in 2008 and in 2009, respectively. 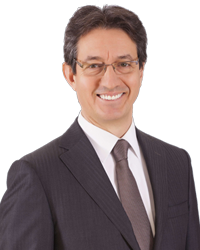 Hasan ARAT
Member of the Board of Trustees
Hasan Arat was born in Adana in 1959. He graduated from the School of Business at Istanbul University. He held managerial positions in textile and real-estate companies for many years. He is a member of the Executive Board at FINA Holding, a FIBA group company, and Vice Chair of the Board of Directors at Beymen Inc. To date, Arat has served as President of the Turkish Clothing Manufacturers’ Association (TGSD), President of the International Apparel Federation (IAF), and Vice President for the UN World Tourism Organization Business Council. 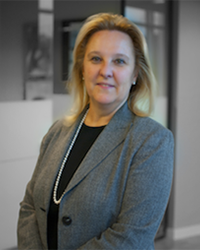 Prof. Gençtürk served as Vice President of Communications for the American Marketing Association Global Special Interest group for two consecutive terms between 2005 and 2010, and was elected as its Chair as of 2011.