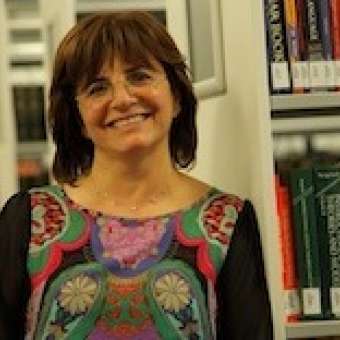 Halide Nazan Özçınar Sırel works as a Teacher Development Unit Member in ScOLa. She received her BA in English and German Language Teaching from ZWN University in Delft, Holland in 1987. She completed her RSA/DOTE (DELTA) in 1992, received her MA in ELT from Middle East Technical University in 1996 and obtained her Teacher Trainer Certificate and Diploma from Fitzwilliam College in 1996.

After receiving her diploma in teacher training, she worked as a Teacher Training at Hacettepe University for 4 years. Nazan Özçınar Sırel has also been involved in INGED, Ministry of Education trainings since 1996. After having worked at Hacettepe University and Sabancı University for many years, she joined Özyeğin University in 2008 and has been working as an instructor in SELI since then. Nazan Özçınar Sırel’s main areas of interest are teacher training, Multiple Intelligences, and Neuro-Linguistic Programming.