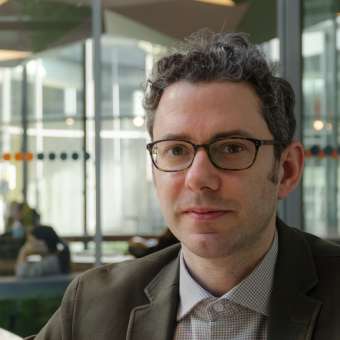 HUM 307 - The City: The Experience of Urban Life

Dr. Ali Sipahi received his BSc degree in Electronics and Communication from Istanbul Technical University in 2004. He pursued his academic career in social sciences and obtained his MA degree in History of Modern Turkey from the Atatürk Institute at Boğaziçi University. He completed his PhD in anthropology and history with the dissertation titled “At Arm’s Length: Historical Ethnography of Proximity in Harput” at the University of Michigan, Ann Arbor, in 2015. In 2013-14, he spent the academic year in Berlin as a visiting scholar at Zentrum Moderner Orient. In Summer 2015, he taught in the Department of Sociology at Koç University, Istanbul.

Dr. Sipahi’s graduate work focused on the urban history of Elazığ-Harput as a medium to uncover the social transformation in the eastern provinces of the Ottoman Empire and Turkey in the last two centuries. He was interested in urban transformation, trans-regional migration and collective violence. He co-edited The Ottoman East in the Nineteenth Century (I.B.Tauris, 2016). Dr. Sipahi is currently working on American anthropologists research in Turkey in the 1960s. Moreover, he is in the editorial board of the Toplumsal Tarih Akademi: Osmanlı-Türkiye Çalışmaları Dergisi and is the HOAN's Correspondent for the History of Anthropology in Turkey.