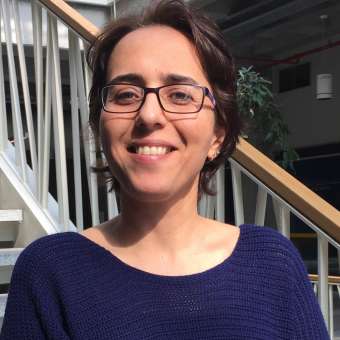 Dr. Çimen Günay-Erkol graduated from TED Ankara College Foundation High School in 1994 and received her BSc degree in Mining Engineering from Middle East Technical University in 1998. She obtained her MA in Turkish Literature from Bilkent University in 2001 and started her PhD in the same department.

Between 1998-2002, she worked as a researcher at Bilkent University and gave lectures between 2001-2002. Later she moved to the Netherlands for her PhD studies. In 2008, she obtained her PhD in Literary Studies from Leiden University with her thesis focused on March 12 novels. Her fields of interest include testimonial novels, autobiography, gender and masculinity studies.