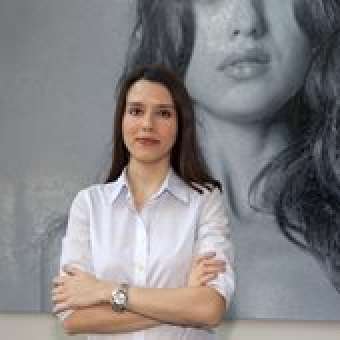 Eirini Gkora works as an instructor in ScOLa. Gkora graduated from the University of Athens with an English Language and Literature degree, specialising  in English and American Literature and Culture. She attended the University of Lisbon as an exchange student from 2007-2008. She received her MA in English Literature from the Queen Mary, University of London, in 2010. She also has a certificate in English language teaching. Eirini worked as an English Teacher at a private language school in Athens for more than a year. She has taught private General English lessons and has held various administrative positions in London. She has also worked as an external translator for a non-profit organisation in Athens.