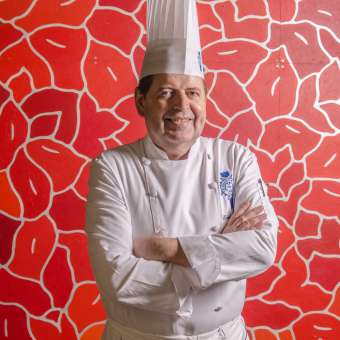 Erich Ruppen was born in Switzerland and has started his culinary career at the age of 17 years. He finished his culinary education in 1979 and got his Swiss Chef Diploma. He worked in many hotels and fine-dining restaurant, ranging from Switzerland to Bermuda and South Africa. In 1988, he appointed as Executive Sous Chef of Sun International Hotel Group in charge of 8 food and beverage outlets and 175 staff.

In 2008, Chef Ruppen moved to LSG Sky Chefs as Director of Product Development and Culinary Excellence Department. LSG Sky Chefs is best known as one of the world’s largest airline catering companies. He was promoted to Director of Culinary Excellence Europe for the LSG Group and he moved to Germany in 2015. He has been a member and Conseiller Culinaire of La Chaîne des Rôtisseurs Association since 1996. Chef Erich Ruppen joined Le Cordon Bleu Istanbul team as Technical Director / Chef Instructor in 2017.