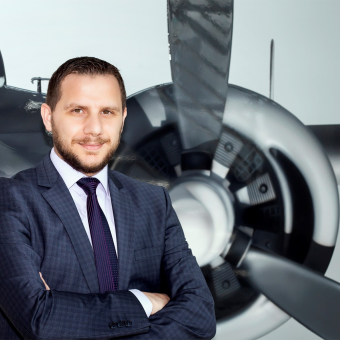 Gürhan YILDIRIR graduated from the Turkish Military Academy, Department of Systems Engineering in 2005. He flew as an Army Aviation pilot with duties of the fixed-wing flight instructor and helicopter pilot between 2005 and 2013.

Between 2013 and 2015 he worked as an Instructor at Özyeğin University Pilot Training Program then he joined the Turkish Airlines Flight Academy and worked as Flight Instructor between 2015 and 2017.

Since 2017 he flew with B737 as First Officer and works as Theoretical Knowledge Instructor at SunExpress.