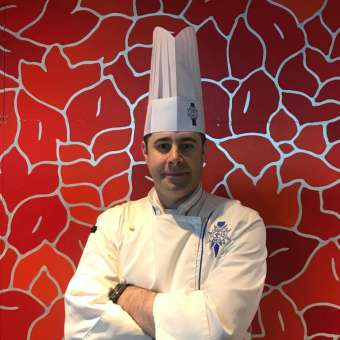 In 2002, he started his career in Michelin-starred restaurants in Italy and France by working in the position of "Chef de Partie". Later, he moved to Spain and took responsibility as “Sous Chef” at the Michelin-starred Restaurant Caelis in Barcelona, and continued in Restaurant L 'Indret de Semon as “Chef de Cuisine” position. Under the consultancy of Paco Perez, he conducted the kitchen management of fine dining two Michelin star Enoteca Restaurant and Bites Lounge Restaurant. Chef Luca continued to work in this sector until 2010 with the catering company he owned.

At Grand Hotel Tiffi in Ilawa, Poland, he worked as "Executive Chef", and continued his career successfully by increasing customer satisfaction with his professional managerial skills.