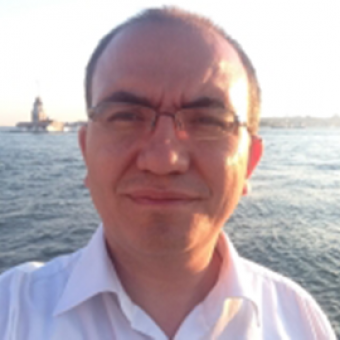 Dr.-Ing. Özgür Ertunç is an aeronautical engineer and a scientist working in the field of thermo-fluid mechanics. After obtaining BSc and MSc degress from METU Ankara, he joined to the Institute of Fluid Mechanics (LSTM) of Prof. Dr. Dr. h.c. Franz Durst at FAU Erlangen-Nuremberg.  He get his Dr.-Ing. degree in 2006 for his research on the turbulent flows.

He uses experimental and computational methods in a complementary manner. The results of his research found applications in power generation, pharmaceutical, automotive, coating, electronic, medical and house-hold sectors. He conducted and planned experiments in extreme environments such as under water turbulence measurements in Bosporus and diffusion measurements under microgravity created during parabolic flights. Already he joined to 90 parabolic flight maneuvers.

He has given various graduate level courses in the area of fluid mechanics at FAU and FAU-Busan in South Korea. He was a mentor in the Graduate School of Advanced Optical Technologies (SAOT) at FAU. By 2013, he has guided more than 30 thesis work, 9 doctor of engineering thesis, out of which 6 is continuing. In 2013, he established a master study "Wind Energy Experts" at FAU-Busan.