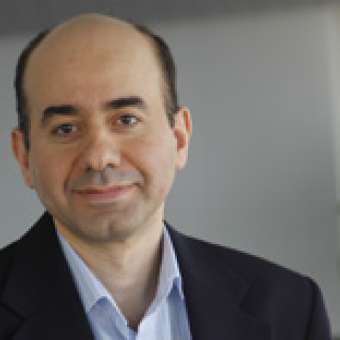 Tanju Erdem was born in Isparta, Turkey, in 1965. He received a B.S. degree in Electrical and Electronics Engineering and a B.S. degree in Physics in 1986 from Bogazici University, Istanbul, Turkey. He received an M.S. degree in 1988 and a Ph.D. degree in 1990, both in Electrical Engineering, from University of Rochester, Rochester, New York, USA. He was a member of the Research Laboratories of Eastman Kodak Company, Rochester, New York, USA, from 1990 to 1998, where he worked on various aspects of video processing including compression, restoration, and motion tracking. He has co-founded and served as the CTO of Momentum A.S., a digital media technologies company established in Istanbul, Turkey, in 1998. He has served on the MPEG committee from 1991 to 1998. Between 2010 and 2012 he served as the Turkey Chapter Chair of the IEEE Signal Processing Society and as an Associate Editor for Signal Processing: Image Communication between 2010 and 2014. Dr. Erdem holds 8 U.S. patents in the fields of video processing and computer graphics and has authored and co-authored more than 70 technical publications in these fields.