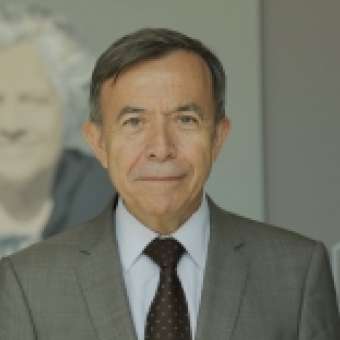 Professor Ansal received his Diploma Engineering degree on Civil Engineering from Istanbul Technical University in 1969 and his Ph.D. on Geotechnical Engineering from Northwestern University, USA in 1977. He was promoted to Associate Professorship in 1982 and to Professorship in 1988 in Istanbul Technical University. He moved to the Earthquake Engineering Department of Kandilli Observatory and Earthquake Research Institute of Bogaziçi University in 2002. Since March 2012 he is working as full time professor in the Engineering Faculty of Ozyegin University. He served as visiting professor and researcher in different institutions in Norway, Portugal, Italy, Japan, USA and UK for extended periods of time during his academic career.

Atilla Ansal has been the Secretary General of European Association for Earthquake Engineering (EAEE) since 1994. He started the publication BEE in 2002 as the Chief Editor with Kluwer Publishers which later became part of Springer. BEE became one of the SCSI indexed journals and got its first impact factor in 2007. Ever since the 2007, the impact factor of BEE kept increasing and in 2011 was 1.559 which happen to be the second highest among SCSI Indexed earthquake engineering journals. Since 2010 BEE is being published as 6 issues per year. In addition he is the Editor in Chief of the popular book series by Springer on "Geotechnical, Geological and Earthquake Engineering".