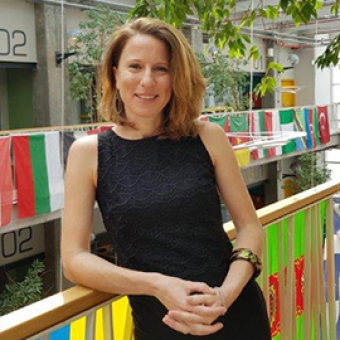 Dr. Ebru Tekin Bilbil received her Ph.D. in Political Science and International Relations in 2012, a Master (MA) in European Studies in 2004 and a BA in Tourism Management in 2003 from the University of Boğaziçi. From 2003 to 2005, she worked in the market research sector. From 2005 to 2009, she worked as a teaching assistant at the University of Yeditepe, the Faculty of Commercial Sciences. In 2009, she visited the Dublin City University as a researcher. Her Ph.D. dissertation was entitled as “The Politics of Uncertainty in a Global Market: The Hazelnut Exchange and Its Production”. From 2010 to 2017, she worked as a country representative of an American technology company. From 2014 until 2018,  she worked as a part-time instructor at the University of Boğaziçi and the University of Özyegin.  Her research is on the intersection of sociology, political science, and economics. Theoretically, her research looks at market studies, networks, uncertainty, technology and governance. She is member of several national and international professional associations and specialist groups on political science and political sociology.