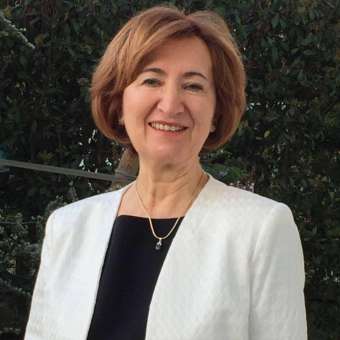 Civil Engineering, The University of Sheffield

Feyza Çinicioğlu graduated from Boğaziçi University in 1974 and received her M.Eng degree from Sheffield University in 1976. She worked as a civil engineer between the years of 1976-1983 and then joined academia. She received her Ph.D. in the field of geotechnical engineering in 1986 from Boğaziçi University. Prof. Çinicioglu worked as a full professor of Civil Engineering at Istanbul University between the years1995-20018.  In this period, she held some administrative and academic positions in the University, as Head of Civil Engineering Department (1998-2013), Dean of Graduate School (2004-2005) and Chair of Geotechnical Engineering Division (1987-2018).  She served as the General Secretary (2005-2011) and currently as the President of the Turkish Geotechnical Society (2011-present). Her major areas of research are behavior of embankments on soft clays, development of new methodologies for embankment design and construction on soft clays, macro and micro soil behavior, observational methods and soil-structure interaction. She has directed application and research projects in the field of her expertise.