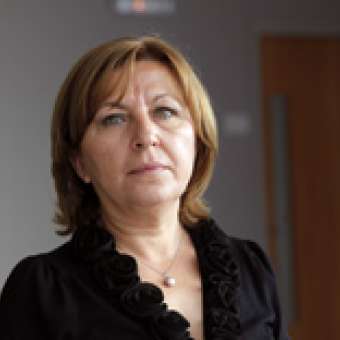 She completed her Ph.D. degree in Aviation Management in 2001, following which she was appointed as an Assistant Professor. In addition to serving as a faculty member at the School of Civil Aviation, Dr. Küçükönal also worked as a Deputy Director from 2003 to 2008.  Her main research interests include air transportation management, airport operations, airport security, airport planning and management. Dr. Küçükönal also has conference proceedings presented and published in national and international conferences as well as articles published in both refereed and non- refereed journals.

She also served as an Advisory and Scientific Board member in aviation symposiums held in Turkey and worked as a researcher in two research projects sponsored and published within the scope of TUBITAK and Anadolu University Scientific Research Projects. Besides her academic studies Dr. Küçükönal also worked as a member of the working committee under the Special Expertise Commission on Air Transportation for the 8th and 9th Development Plan of the State Planning Organization and as a member of the working committee founded by the Directorate General of Civil Aviation under the Ministry of Transportation and Communication for the preparation of reports for the 2004 Economy Congress of Turkey.

She is a member of the Civil Aviation Commission and of the Education Commission, which was formed within the scope of co-operation between YÖK and SHGM in 2012. Furthermore, she also serves as the Head of Pilot Training Sub-committee.