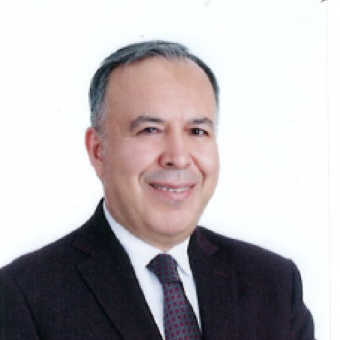 Prof. Dr. Mustafa TOPALOĞLU was born in 1963 in Kadirli. He was graduated from Ankara Law Faculty in 1986 and within the same year started his academic career as a research assistant at Gazi University. In 1988, he completed his master’s degree at the department of Social Sciences Institute Private Law of Ankara University. In 1996, he received his Private Law Juris Doctor Degree at the department of Social Sciences Institute of Selçuk University. He worked as a legal advisor at Şekerbank in Adana Region. In 2002, he passed the associate professorship exam and became Associate Professor. He took part as a member in the Internet Committee before the Ministry of Transportation in 2008. He worked at the Commision of 9th Development Plan Intellectual Property Rights in State Planning Organization. In 2007, he was promoted as Professor of Commercial Law at Beykent University and until 2016 he fulfilled all his duties at Beykent University as a member of Board and senior faculty member at the department of Commercial Law. In 2010, he was appointed as an arbitrator to arbitration list of the Turkish Union of Chambers and Exchange Commodities. He gave lectures at Çukurova University, Çağ University, Gazi University and İstanbul Unversity in the fields of Obligations Law, Commercial Law and Mining Law in the scope of both bachelor and master degrees. Besides all these, he gave lectures on Information Technology Law at Kazakistan Ahmet Yesevi University. He participated to the commissions that prepare regulations of Mining Rules and Regulations.