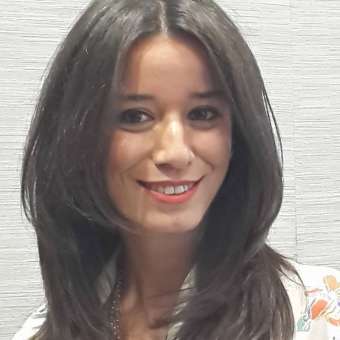 Attorney Selma Karaduman, has graduated from Kocaeli Law School in year 2003. After her legal internship, in year 2005 Karaduman has worked as a teaching assistant on the subject of Commercial Law in Kandıra Vocational School, while she took postgraduate classes on Private Law. She still gets asked as a teaching assistant from several different law schools and gives lectures at several institutions on the subject of Enterprise Law and Contracts Law. She also gave statements at various conferences regarding the Energy Law.

Afterwards the experience she gained from working at international law firms, in the year 2009 she gets involved with the Karaduman Law firm, that she founded, and workingsince that as a consultant and an attorney on the matters like Commercial Law, Contracts Law, Energy Law, Arbitration Law, Law of Domestic Relations and intellectual property rights.

Karaduman, who can speak and write fluently in English language and has a certificate on Mediation from the Ministry of Justice, currently works on her postgraduate thesis with the title ‘Issues that arise from regulation of the private law contracts by the administrative law provisions and regulation limitations’.

Karaduman is a founding and a Board Member of the Istanbul Arbitration Association. She is also a member of associations like Malatya Businessman Association (Malatyalı İş Adamları Derneği(MİAD)) and Better Judicial Power Association (Daha İyi Yargı Derneği).

Karaduman has attended the following national and international conferences as a lecturer:

·        ·    Iran Energy Conference afterwards the Embargo, that have been occurred on 23rd of January 2016. She gave the statement with the title ‘Evaluation of Commercial Relations between Turkey and Iran within the framework of the International and Commercial Law’.

·         Symposium of Development that have been occurred on 4th of May 2016 at OsmaniyeKorkut Ata University. She gave the statement with the title ‘Effects of the Renewable Energy Legislation on Energy related Investments and Their Investors’.