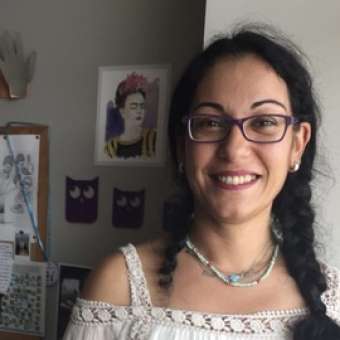 She graduated from Notre Dame de Sion French High School and Minar Sinan University's Department of Turkish Language and Literature. She earned her first MA degree from INALCO in Paris and the second from Bilkent University Department of Turkish Literature. She earned her PhD degree in Paris Sorbonne IV with her manuscript "Transnational Looks at 19th and 20th Century Ottoman and French Women's Literature".

She contributed to the edited book Women Telling Nations which is prepared by three editors and with the works of several contributors from different universities worldwide with a chapter titled "Women's Nations from Ottoman to the New Republic in Fatma Aliye and Halide Edip Adıvar's Writing." Her doktoral dissertation is published with the title of Kanatlanmış Kadınlar by İletişim Yayınları in January 2020.

She has been working at Ozyegin University since 2009, teaching electives on gender and literature. Her fields of interest include history of women's literature, comparative feminist literature, theories of écriture feminine. She is the mother of a cat and a boy.