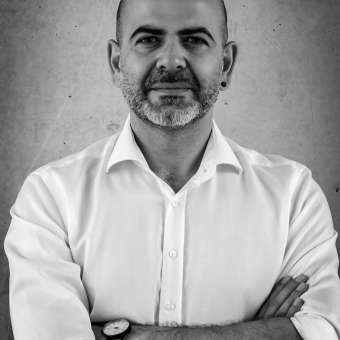 Dr. Tayfun Gürkaş graduated from Yildiz Technical University, Department of Architecture in 1999. Earned M.A. in Architectural History and Theory, at YTU in 2003. Completed doctoral degree in the same program of YTU with the thesis titled ‘Architectural Historiography in Turkey: Shutting When just Starting to Speak ‘in 2010. Studied at Lancaster University in the department of sociology as a post-doctoral scholar in the 2013 – 2014 academic year. Between 2004-2010 worked at YTU, between 2011-2016 worked at Mardin Artuklu University. Presently, teaches architectural history at Ozyegin University and carries out research in fields of methodology of historiography and critical philosophy.