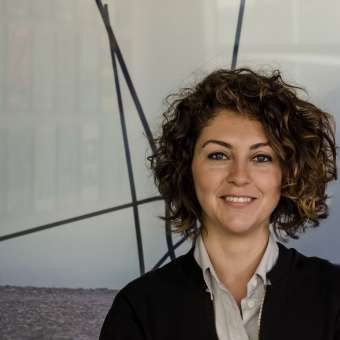 Demet Mutman, after receiving her B.Arch degree from Eastern Mediterranean University Faculty of Architecture in 2000, obtained M.Arch degree from Uludağ University Faculty of Engineering and Architecture in 2003 under the supervision of Prof. Dr. N. Dostoğlu and completed her Ph.D. in Istanbul Technical University under the supervision of Prof. Dr. O. Hacıhasanoğlu in the year 2011.

Mutman focuses mainly on urban space, public spaces and alternative city readings, has worked in the Stiftung Bauhaus Dessau in Germany from 2005 to 2008 on an alternative urban planning approach for the post-war city of Mostar together with W. Hackenbroich, M. Kuc, K. Vöckler, and in 2008 she had been part of the curatorial team with U. Achternkampf and A. Baltchun of the international Archilab Orleans exhibition 'Archilab Europe Strategic Architecture' in France. She was the project coordinator of the Urban Age Award İstanbul in 2009, which is a joint project of the London School of Economics and the Deutsche Bank. She is the author of the 'Istanbul' section of the book 'Handmade Urbanism', published in 2013 by Jovis Verlag, on which the book focused on five Urban Age Award Project cities and local initiatives. Mutman and A. Mussche, have a jury special prize from the Ares International Competition for Renewable Energy Sources & Bioclimatic Architecture for Shells to shelter People affected by Natural Disasters of UIA Torino meeting of the year 2007. Continuing her studies within the intersection of urbanism and architectural design at Özyeğin University since 2016, Mutman has undergraduate and graduate courses and seminars on critical urban readings, city and cinema, and urban sociology