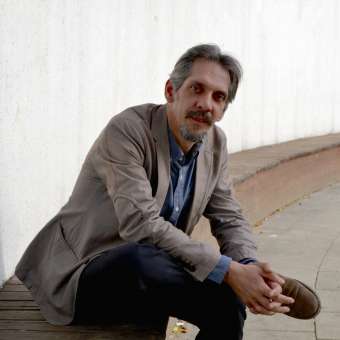 PhD in History and Critic of Architectural and Environmental Heritage, 2005 Polytechnics of Turin

Luca Orlandi is an architect and an architectural historian. He graduated from the Faculty of Architecture at University of Genoa (Italy); he obtained a PhD in 2005 from the Polytechnics of Turin (Italy), within the program of History and Critics of the Architectural and Environmental Heritage, where he discussed a Thesis on architect Sinan and its relation with the territory of Thrace. He lives in Istanbul since many years and in the previous years he worked in universities such as Yeditepe University and Istanbul Technical University. He often participates in lectures, seminars and international workshops in Turkey and in Italy as well.

He teaches architectural history and architectural design. He is member of international institutions such as ICOMOS Italy, EAUH (European Association for Urban History) and AISU (Associazione Italiana Storia Urbana). He is the responsible and coordinator for the Turkish students involved in the International workshop/ competition Premio Piranesi – Prix de Rome in Villa Adriana (Tivoli). He had articles, papers and book chapters on the subjects of history of architecture and his fields of interests cover several topics like Ottoman architecture, architect Sinan, Galata and the Genoese colonies in the Eastern Mediterranean, Contemporary Italian and Turkish architecture, travelogue in the Levant, vernacular architecture and urban history.