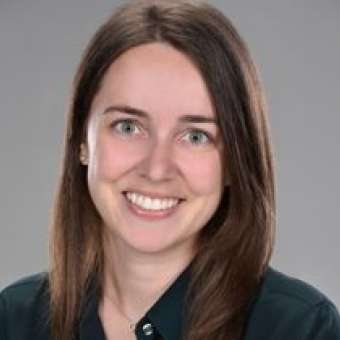 Biography
Dr. Suzan Arslantürk will work as an Assistant Professor at the Faculty of Business. She received a B.S degree in Computer Engineering from Başkent University in 2008. She also holds a M.Sc. and a Ph.D. degree both in Computer Science from Oakland University, Detroit, Michigan obtained in 2011 and 2015, respectively.

She was a Research Scholar at the Biomedical Engineering Lab. at Oakland University from 2011 to 2014. She joined Improvement Path Systems in 2014, where she worked as a healthcare research analyst performing predictive data analysis and simulation models for Naval Medical Centers. She has received a grant from NIH, a best paper award at MICWIC 2011 and a seed grant at the Oakland University-Beaumont Hospital Multidisciplinary Research award. She is an active member of ACM-W (Association for Computing Machinery Women) and EMBS (Engineering in Medicine and Biology Student Club). Her research interests include Medical Data Analysis, Biomedical Informatics, Decision Support Systems, simulation modeling and predictive analytics.