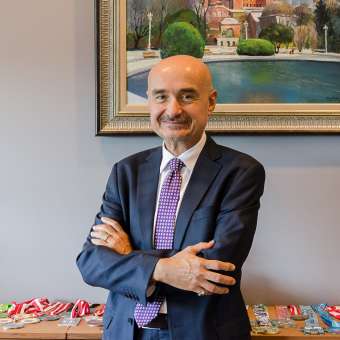 Research Dept. at AT&T Labs-Research, where he worked since '91. Prior to that, he was at Pixel Machines Dept. of Bell Labs. His career started in the Center for Comm. and Signal Proc. of NCSU, upon receiving his ECE PhD in 84 from the same university. He received his BS and MS degrees in EE from METU, Turkey.

He has numerous publications, several contributions to international standards, and over forty patents. He is a recipient of 1985 Senior Award of the ASSP. His current research interests include networked video and multimedia with emphasis on the Internet and wireless systems.