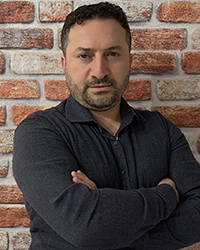 Prof. Dr. Tufan ADIGÜZEL
Director of the Office for Learning and Teaching Enhancement

Dr. Adıgüzel completed his undergraduate education in Mathematics Education at Marmara University in 1999 and his master's degree in the same field in 2001 at Boğaziçi University. Dr. Adıgüzel completed his Ph.D. in Educational Psychology and Technology from Texas A&M University in 2008 and returned to Turkey in 2009 and promoted to the ranks of Associate Professor and Professor in 2012 and 2018, respectively.

Dr. Adıgüzel started his career as a Multimedia Software and Program Developer in a private company in 1996 and started his academic life by working first as a Research Assistant and then as a Lecturer at Yeditepe University between 1999-2002. Between 2002-2009, he worked as a Webmaster, Database Administrator, and researcher in a project on Special Education Technology at Texas A&M University. Dr. Adıgüzel later worked as a faculty member at Bahçeşehir University’s Computer and Instructional Technologies Department until 2020. During this time, he served as the founding coordinator of many centers and graduate programs, and as the associate dean. He joined Özyeğin University, Istanbul in 2020 as the faculty member of the Sectoral Education department and founding director of the Office for Learning and Teaching Enhancement. Dr. Adıgüzel also owns a start-up company (STEMXR), where AR and VR enriched content is developed and consultancy is provided on STEM education, which it launched in 2020.

Having advised more than 30 master’s and doctoral students so far, Dr. Adıgüzel has many national and international projects, articles, papers, and book studies on technology design, development, and acceptance in the fields of Computer Education, Science, Mathematics and Special Education. Dr. Adıgüzel has been one of the three Editors-in-Chief of the Contemporary Educational Technology journal since 2019. He is also the editor of the Online Journal of Communication and Media Technologies (OJCMT). 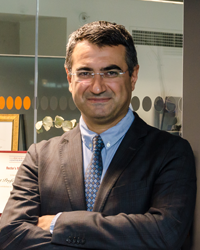 Dr. İsmail Arı, who is currently Özyeğin University’s Director of Knowledge, Technology Transfer and Entrepreneurship, served as the Vice President of TÜBİTAK (The Scientific and Technological Research Council of Turkey) and Deputy General Manager of Teknopark Istanbul between 2013-2018. Before these roles, he worked as an Assistant Professor at Özyeğin University in Computer Science Department and a senior researcher at Hewlett Packard Labs in Silicon Valley/USA (2004-2009). He received his PhD degree in 2004 from University of California Santa Cruz, Computer Science Department. His research areas include big data, cloud computing, and networked storage systems. He has international publications and US patents related to these topics. After joining Özyeğin University in 2009 he has received several awards and research grants including IBM Top Faculty Contributor Award, EU Marie Curie IRG (International Reintegration Grant), TÜBİTAK National Young Researcher Career Award, and Rector’s Merit Award. Dr. Arı, has also been involved as a lead investigator, consultant and referee in a large numbers of industrial projects within the scope of University Industry Cooperation. Dr. Ari is a member of IEEE, ACM and a founding member of the IBM Cloud Academy. 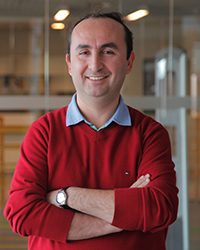 Dr. Mehmet Arik obtained his BSc degree in mechanical engineering from İstanbul Technical University, İstanbul, Turkey. He completed MSc degree at the University of Miami, USA. His PhD degree was awarded at the University of Minnesota (USA), focusing on the thermal management of advanced electronic components and Microelectromechanical systems (MEMS), in 2001. He has worked at the General Electric Global Research Center in Niskayuna, NY, on the thermal management of electronics as a senior research scientist and program manager between 2000 and 2011.

Dr. Arik has joined department of mechanical engineering at Ozyegin University as a full time faculty member in 2011. His current research focuses on energy, medical, electronics, defense and solid state lighting technologies. He established EVATEG center (Energy Efficient Electronics and Lighting Technologies Research, Development, and Demonstration Center). EVATEG center that has over 80 global collaborators from academia, industry and government entities. He has published over 180 research papers in conferences and journals and owns over 135 patents/pending patent applications.

Dr. Arik, an ASME fellow, serves as associate editor for IEEE Components and Packaging Technologies, ASME Journal of Electronics Packaging. He also serves for Journal of Solid State Lighting editorial board, ASRO Journal of Applied Mechanics and scientific committee member for International Center for Heat and Mass Transfer. Dr. Arik has been serving as a board member for Aselsan Corporation which is the largest Turkish Defense Company since April 2018. 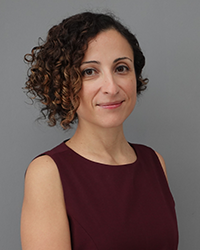 Burcu Balçık received her Ph.D. in Industrial Engineering (IE) from the University of Washington in 2008, and B.S. and M.S. degrees from Middle East Technical University’s IE Department in 2001 and 2003, respectively. She was a postdoctoral researcher at Northwestern University (2008-2009), a visiting researcher at the HumLog Institute (2009), and a visiting professor at HEC Montreal (2017-2018).

Dr. Balçık’s main research interests are in the areas of humanitarian logistics and disaster management. She focuses on improving the performance of organizations and systems that focus on social good by using operations research methods. She has collaborated with various non-governmental organizations in her projects. Her work has appeared in prestigious journals such as Production and Operations Management, Transportation Science, IISE Transactions.

Dr. Balçık is an Associate Editor of Transportation Science. She is also on the Editorial Boards of Production and Operations Management, Transportation Research Part E, Journal of Humanitarian Logistics and Supply Chain Management, Sustainability Analytics and Modeling, and Journal of Business Logistics. Dr. Balçık has taken several leading roles at professional societies including the INFORMS Public Sector Operations Research (PSOR) and the EURO Working Group on Humanitarian Operations (EURO-HOpe). She is a recipient of the Young Scientist Award from the Turkish Science Academy (BAGEP 2014).

Dr. Balçık joined Özyeğin University's IE Department as an Assistant Professor in 2011. She was promoted to Associate Professor in 2015 and Professor in 2022. She has been serving as the Academic Director of the Sustainability Platform since July 2022. 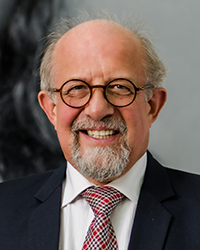 M. Pinar Mengüç, after graduating from Ankara Science High School, received his BS and MS degrees from ODTU/METU in Ankara, Turkey, and his PhD from Purdue University, USA in 1985. He joined to the University of Kentucky and promoted to the ranks of associate professor and professor in 1988 and 1993, respectively, and eventually selected as the Engineering Alumni Association Chair Professor in 2008. He was a visiting professor at Università degli Studi di Napoli Federico II, Italy during 1991 and at Harvard University, Cambridge, Massachusetts, during 1998-99 academic year.

He joined Özyeğin University, Istanbul in 2009 as the founding Head of Mechanical Engineering. The same year, he established the Centre for Energy, Environment and Economy (CEEE/EÇEM). Mengüç’s research areas include radiative transfer, nanoscale transport phenomena, applied optics and sustainable energy applications. His research programs have been funded by more than 60 grants from several agencies in the US, in Europe and in Turkey, with more than 10 million USD funding in Kentucky and the additional 3 million Euro in Turkey. Over the years, he has guided more than 70 MS and PhD students, and post-docs researchers. He is the author/co-author of more than 150 archival papers, 220 conference publications, four books, and several book chapters. He holds six patents, including a triadic patent. He is one of the three Editors-in Chief of Journal of Quantitative Spectroscopy and Radiative Transfer (JQSRT) (since 2006) and an Editor of Physics Open (since 2019). He is a fellow of both ASME (American Society of Mechanical Engineering) and ICHMT (International Center for Heat and Mass Transfer), and a Senior Member of OSA (Optical Society of America).

Mengüç, with his start-up company STI, was honored with a R&D100 Award in 2005 based on a particle characterization technique they developed. He received 2014 Knowledge Transfer Award and 2015 Outstanding Researcher Award, both from Ozyegin University. In 2018 he received the ASME Heat Transfer Memorial Award in the category of Art, and in 2020 he was chosen as an Outstanding Mechanical Engineer by the Purdue University School of Mechanical Engineering. He received two major national awards with the CEEE researchers; the team was chosen for the first place in Efficiency Awards category by the Turkish Ministry of Industry and Technology (2019), and the first place for the Energy Efficiency Awards category presented jointly by Istanbul Chamber of Commerce and the Turkish Ministry of Energy and Natural Resources (2020). Mengüç is an elected member of Science Academy of Turkey and currently serving in its executive board. 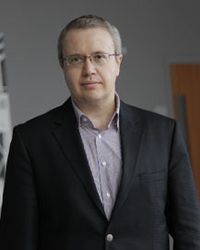 Murat Uysal received the B.Sc. and the M.Sc. degree in electronics and communication engineering from Istanbul Technical University, Istanbul, Turkey, in 1995 and 1998, respectively, and the Ph.D. degree in electrical engineering from Texas A&M University, College Station, Texas, in 2001. Dr. Uysal is currently a Full Professor and Head of the Department of Electrical and Electronics Engineering at Ozyegin University, Istanbul, Turkey. Prior to joining Ozyegin University, he was a tenured Associate Professor at the University of Waterloo (Canada) where he still holds an adjunct faculty position. Dr. Uysal’s research interests are in the broad areas of communication theory and signal processing with a particular emphasis on the physical layer aspects of wireless communication systems in radio, acoustic and optical frequency bands. He has authored more than 190 journal and conference papers on these topics and received more than 2800 citations.