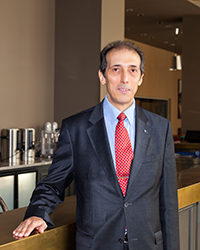 M. Teoman Alemdar is the Director of the Hotel Management Program, School of Applied Sciences at Özyeğin University, Istanbul, Turkey. He has stepped in to the tourism industry in 1976 starting to work for Macka Hotel, Istanbul and then has transferred to Etap Hotel in Tepebası, Istanbul where he worked until the end of 1981. In early 1992, he moved to USA to study Hotel Management major at the Florida International University. He has received his B.S. in Hospitality Management from the Florida International University in 1988. In Florida, USA he worked for Sheraton and Holday Inn hotels and Don Cesar Beach Resort. Upon his return to Turkey, he has served as the General Manager of the Serapsu Beach Resort, in Alanya, Antalya, a newly established five star property. In 1991, he joined the academic ranks at Bilkent University's Tourism and Hotel Management Programs as an instructor, eventually becoming department chairman in 1996, only to leave the position at the end of 2008 to join Özyeğin University and to establish Turkey's first "hotel management" program. 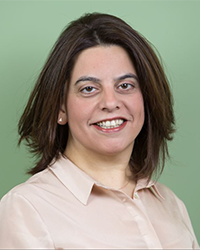 Nergis Uyan is the Director of SELI. She graduated from Middle East Technical University’s Foreign Language Education Department in 1995 and she received her MA in Management in Education from Bilkent University in 2005. She completed her DTEFLA from the University of Cambridge in 1999 and also received her ADEM (Advanced Diploma in English Language Teaching Management) in 2001.

She worked in several positions at Bilkent University School of English Language (BUSEL) including English Language Instructor, Head of Teaching Unit, Teacher Development Coordinator, Teacher Trainer and Member of the BUSEL Directorate from September 1995 to February 2010. She has also been working as a CELTA Trainer since 2007. Nergis started working at Özyeğin University’s School of Languages as the Director in the 2009-2010 Academic year Spring Semester.